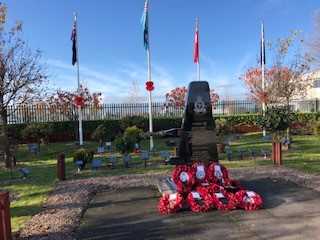 Yesterday, Remembrance Sunday,  in the bright autumn sunshine, a large group of RAF personnel, local dignitaries, school children, emergency services and the general public gathered at the memorial gardens adjacent to the Kelkay site to remember the fallen of 150 squadron and 51 squadron and all the others who gave their lives.

It’s perhaps not widely known that Kelkay’s main manufacturing and logistics hub near Snaith in East Yorkshire is on the site of a WWII airfield. The base originally became operational in 1941 when 150 Squadron participated in Bomber Command until late 1942.   51 Squadron then moved in until the end of the war during which time a total of 57 Wellington Bombers and 148 Halifax aircraft were lost. A memorial garden is located on the site, close to the entrance to Kelkay’s main reception building. There, the 892 airmen who lost their lives on active duty are commemorated. 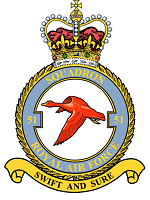 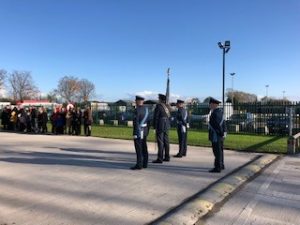 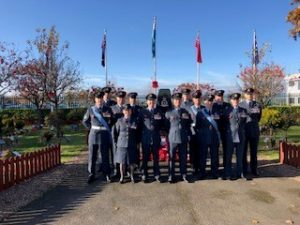 The Snaith air base was substantial, providing accommodation for 2,400 service personnel and some of the extensive buildings remain in use by the company. One of the main (type J) hangars now forms Kelkay’s main aggregate bagging and storage facility, whilst other wartime structures have been re-deployed for other uses. The main runway was bisected by the construction of the M62 in the early 1970s.